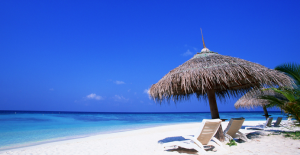 Blues are basically “fun loving” people. They live in the moment. Blues appreciate bright things and that are “bubbly”. Blues will follow strong leadership as long as the leadership treats them well. They are very spontaneous. Blues are forgetful and tend to run late for everything. They love to travel and have adventures. They love to be outside in the sunshine. They love being social and meeting new people. They people who have a sense of humor. They tend to be spenders and not savers.

Constantly late for appointments. Dysfunctional Blues are not pragmatic (they don’t consider consequences) and this leads to deep regret.  They can’t make a decision.  They are very disorganized and live as though they have Attention Deficit Disorder.  They never follow through with anything. They will ruin relationships because of the tendency to say things they don’t mean or haven’t thought out.  They are typically bogged down by debt from excessive spending without concern for consequences.  They will tend to ignore problems and they are heavy procrastinators. Dysfunctional Blues will not be very reliable as they forget about things and never keep a calendar.

They are a little more on top of things but can still tend to be forgetful. They are able to gain some control of their thinking and their actions and those actions consequences. They can follow through with things but they need to work very hard to do so. They learn to implement self control when they are celebrating and/or partying. They face their problems and deal with them again, with a concerted effort to do so. They have to outline their daily tasks to help them work through daily activities. They can cut back on some of their unnecessary expenditures but still have an urge to “just spend”. They can keep themselves focused pretty well even if their task is not fun and exciting. They will learn to keep focused even when they get bored.

Get some amazing Personal Growth and Professional Development tools for free.